Skip to content
Join wildlife photographer Kevin Dooley in the wilds of Ethiopia. We will spend our time in search of and photographing Ethiopias big five wildlife. 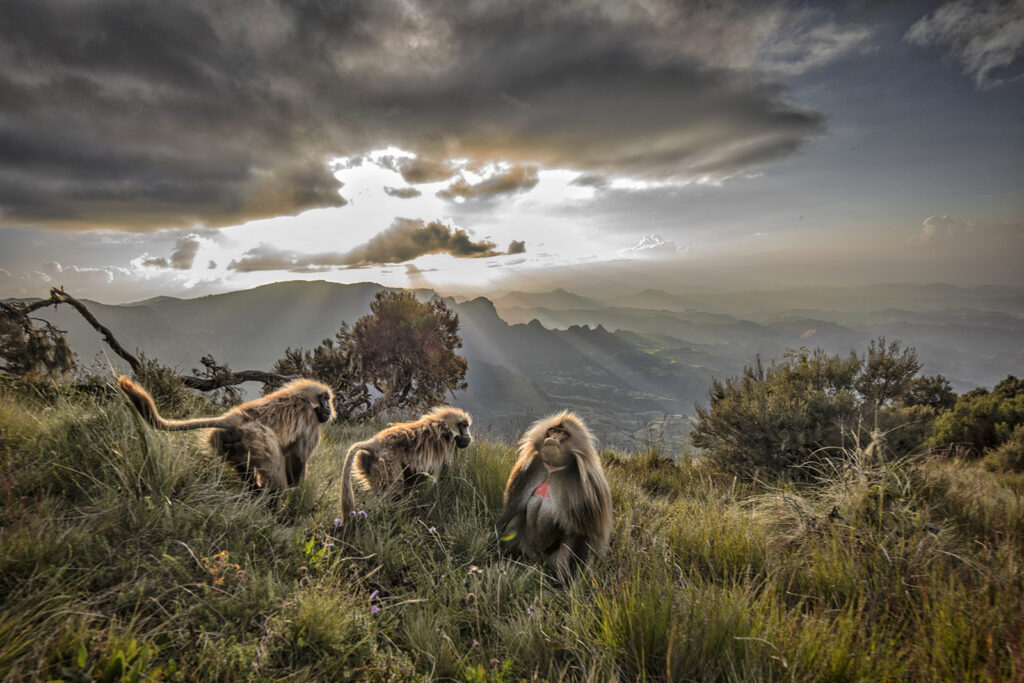 The Wildlife of Ethiopia Photo Tour 2022

Select one image for slide show

Kevin Dooley is an award-winning Wildlife and Wedding Photographer who grew up in Placitas, New Mexico. At the age of 18, he enlisted into the Navy and served on an aircraft carrier. After he completed his service he returned to New Mexico and opened his own photography studio in Albuquerque which is still running 37 years later. His passion for wildlife photography and Africa, led him to his safari adventures and he eventually opened Idube Photo Safaris. Kevin is a certified FGASA (Field Guide Association of South Africa), Wildlife Guide, a PPA Master Photographer and takes guests from all over the world on amazing photographic safaris in Africa, Alaska, the Amazon, India and the Antarctic. He also teaches wildlife and wedding photography workshops.

Your First night in Ethiopia

Arrive in Addis Ababa (ADD), Ethiopia. Welcome to Ethiopia! Upon arrival at Addis Ababa Bole International Airport, you will be welcomed and assisted by your tour guide and driver for the transfer to Kaleb Hotel (4 star). There will be a short drive to your hotel.
Addis Ababa, founded in 1886 by Menelik II, is situated at 2,500 meters (8000 ft) above sea level. It is the highest capital city in the world, after La Paz and Quito in South America. The city enjoys an excellent climate all year round, with an average temperature of 25C (77F). With multiethnic population of over 5 million, Addis Ababa is a pleasant city with wide avenues of jacarandas, interesting museums, and one of the largest open-air markets in Africa, known as the “Mercato”.

Arrive in Addis Ababa (ADD), Ethiopia. Welcome to Ethiopia! Upon arrival at Addis Ababa Bole International Airport, you will be welcomed and assisted by your tour guide and driver for the transfer to Kaleb Hotel (4 star). There will be a short drive to your hotel.

Addis Ababa, founded in 1886 by Menelik II, is situated at 2,500 meters (8000 ft) above sea level. It is the highest capital city in the world, after La Paz and Quito in South America. The city enjoys an excellent climate all year round, with an average temperature of 25C (77F). With multiethnic population of over 5 million, Addis Ababa is a pleasant city with wide avenues of jacarandas, interesting museums, and one of the largest open-air markets in Africa, known as the “Mercato”.

Day 2: Addis Ababa -Gondar-Sankaber Early in the morning, transfer to Addis Ababa airport for the flight to Gonder. 50 minutes flight takes you to Gonder.

Upon arrival at Gonder airport, we will meet our driver  for the drive to the Simien mountains National park.

Driving from Gondar up to Simien Mountains National Park, nothing prepares you for the spectacular scenery that awaits at the top of the massif. The rolling grassy plateau comes to an abrupt stop, and sheer cliffs plunge almost vertically for 1,000m (3280 ft) to the plains below. The massif itself has been sculpted by 30 million years of up thrust and erosion into a wonderland of jagged ridges, pinnacles and strangely cropped conical mountains, so that looking out over the heart-stopping precipice; you feel you might just be at the edge of the world.

After check in to the highest lodge, Simien Lodge and having lunch there, we will relax a bit and get ready for the afternoon photo-shoot with the endemic ‘bleeding heart baboon’, Gelada baboon around Sankaber.

In the morning, we will drive/walk around Sanakber. This is the territory of Gelada Baboon where we can find them in great numbers as they come out to graze on the plains of Sankaber.

The endemic Geladad Baboon is the last surviving species of ancient grazing primates that were once numerous. Geladas spend most of their day sitting down, plucking and munching on grasses. They have fatty rear ends, much like human buttocks, which seem well adapted to this activity. Theropithecus gelada live in small family units of one male and three to six females. Though males are larger and more colorful, females dominate gelada societies. When an aging male begins to decline, the females in his family decide when he will be replaced by a younger rival—though the male will do all he can do to drive off such competition. Gelada family units often combine to form large foraging bands of 30 to 350 animals.

Today, we will rise early in the morning with the sun and drive to Cheneck through sankaber and other beautiful parts of the park. This will give you a unique opportunity to photograph the Geladad baboon and other endemic wildlife as they graze and hunt around the plains.

Around Cheneck, you will also have a chance to photograph the endemic Maountain Nyala  with the beautiful morning sun around some of the most spectacular parts of the park.  After spending the morning time exploring around Checnk, we will drive back to lodge.

Late in the Afternoon, we will go out around Cheneck and surrounding area to spend more time among the Geladas with the golden light of late afternoon.

Drive from Buit Ras to Gonder with stops in some picturesque points. After check in to Goha Hotel and having lunch there, we will start city tour of Gondar. Gondar, founded by Emperor Fasiledas around 1635 is famous for its many medieval castles and the design and decoration of its churches-in particular, Debre Birhan Selassie represents a masterpiece of unique Ethiopian School of traditional art.

Today you will visit the Royal Enclosure, a walled compound having 6 different castles built from 17th century by different kings who ruled in different times, the pool of King Fasilidas which still serves as a baptismal pool during Ethiopian Epiphany and we will also visit the famous Deberberhan Sillassie adorned with brilliant frescos from inside.

In the morning, transfer to Gonder airport for the flight to Addis Ababa. Upon arrival, we will meet our drivers for the drive to the Great Ethiopian Rift Valley, Lake Langano. While driving from Addis Ababa to Lagnao, we will pass by different small twons and we will stop for a visit at one of the most beautiful Rift Valley Lakes, Lake Zway.

In the morning, we drive to Dinsho the head quarter of  Bale Mountains National Park. This is one of the biggest Afro Alpine Habitat in the entire African continent.

In the afternoon, we will have a game drive around the headquarter to visit some of the endemic mammals in the park including: Bale Mountain Nyala (endemic to Bale Mountains National Park),  Minilik Bushbuck, warthogs and many more.

In the morning, drive high in  Senetie Plateau, one of the most beautiful parts of the park.  This is the territory of the endemic Abyssinian Wolf.  This very endangered  canine is the only wolf family found in Africa.  It can be spotted commonly here in the vast afro alpine vegetation hunting on Giant Mole Rat  on which it commonly feeds.

On this well conserved afro alpine ecosystem, you will definitely see some endemic birds like the Blue Winged Goose and other birds as well as the Giant Mole Rat pretty much everywhere.

Later in the afternoon, we will  take a relaxing trek around Gesse Valley where we can see many more wildlife and enjoy the scenic view walking around the valley.

Today we will explore the dense and well conserved Afro Alpine forest in the Bale Mountains. Here we can expect to see the recently discovered endemic Bale Monkey.

In the morning,  we will start driving back to the Ethiopian Great Rift Valley Lakes Region through . On this region you will find chains of  beautiful Rift valley Lakes which are home to many birdlife and other wildlife.

After check in to the beautiful Haile Resort, owned and run by the Great Ethiopian Athlete, many Olympic gold medalist and holder of many world records including marathon; we will then walk around the lake of Awassa to see different aquatic birds. We can also take a boat trip for more bird watching and hippo spotting.  The rest of the day,  you can relax in the swimming

Early in the morning, we will visit the Awssa fish market, where local fishermen sales freshly caught fishes for the local people. The interaction of the fishermen with people, birds and surrounding environment is interesting to watch.

After having breakfast at the hotel, we will drive back to Addis Ababa en-route visiting at least two rift valley Lakes namely Lake Ziway the biggest Rift valley Lake and lake Langano. Both are very famous for their abundant birdlife.

As we finish our visit to the lakes, we then continue to drive back to Addis Ababa through the new expressway, which starts, at Mojo to arrive in Addis Ababa late in Afternoon.  End of tour. 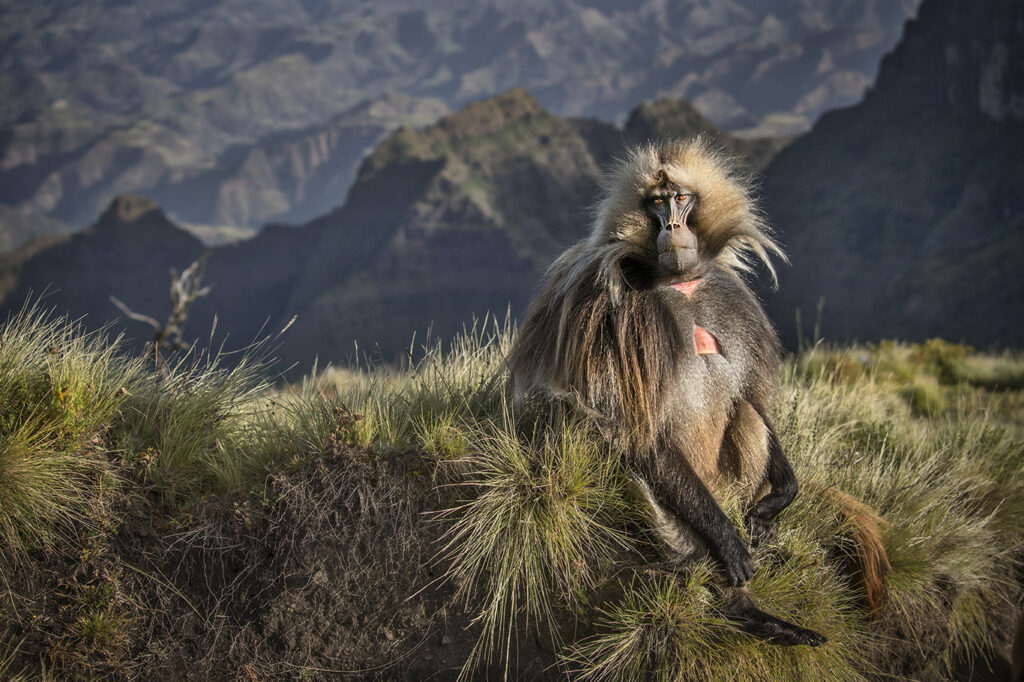 Flight prices May be Subject to change by Airlines 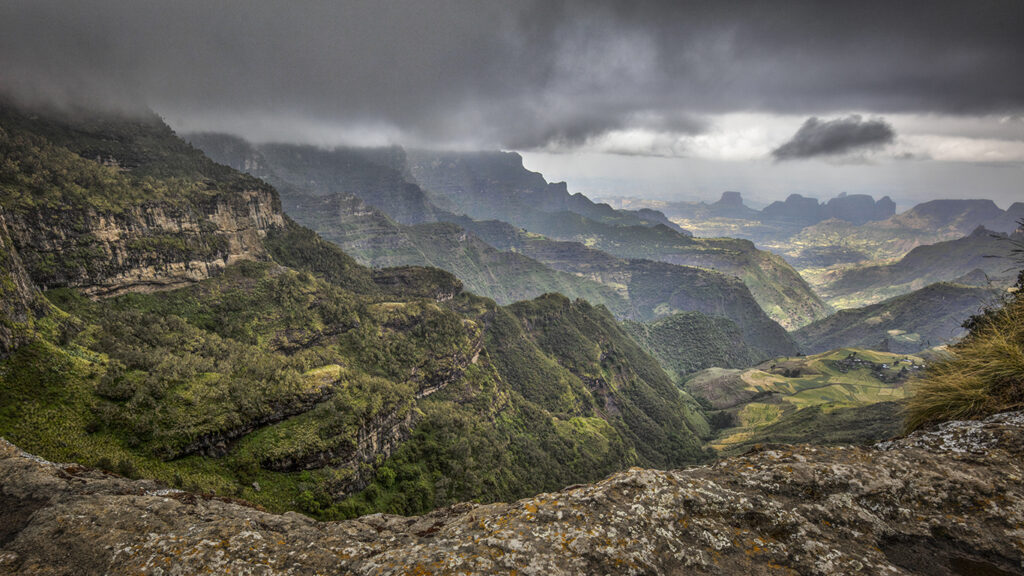